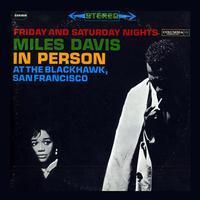 Mastered by Kevin Grey, this 180-gram two-LP set from Impex boasts remarkable clarity and a quiet pressing. As the owner of 31⁄2 copies of the original Columbia release, I’ve found that some pressings are better than others, and since a clean original will probably cost you at least much, you may want to snatch one of these limited- release issues before they’re gone.Sound 4.5/5 TAS

Miles Davis' two-night stand at The Blackhawk in San Francisco marked a watershed in jazz history, a seminal event transforming the American musical landscape. Davis had never been recorded live in a club with his combo and the performances over the course of two sets a night on April 21 and 22, 1961, more than justify the legend. The New York Times, in its review of the Columbia Records release of the complete Blackhawk shows, called the music "the gold standard for straight-ahead, postwar jazz rhythm." Impex Records is proud to bring you a performance unequaled, a recording unparalleled and the must-have audiophile release of this or any other year.

"First of all, this set, from April 21st and 22nd 1961 was Davis' first live in a small club recording. Because the two night stand was planned as a live recording date, the engineers were ready and sound is as close to being in a live jazz club as a recording can get—or second to being as close after the aforementioned Bill Evans LPs.

Secondly, the Blackhawk was about as venerated a jazz club as can be used as a recording venue. Like the Village Vanguard, the club drips with atmosphere and probably drips literally for all I know. Certainly many attendees suffered post nasal drip, but that's another story. Adding luster is the combo itself. This is only a few years after Kind of Blue after all, so it's Miles, Hank Mobley on tenor sax, and the rhythm section of Wynton Kelly on piano, Paul Chambers on bass and Jimmy Cobb on drums. In other words, it's basically driven by the KOB rhythm section (though Wynton was only on one track and Bill Evans was on the rest)." - Michael Fremer analogplanet Music 9/10, Sound 9/10  "This latest version comes from Impex Records, a new company formed from the ashes of Cisco Records. I've tried every pressing variation of this fabulous music over the years looking for the best sounding version of an imperfect, though good, recording. This new mastering from Kevin Gray, assisted by Robert Pincus, has brought that search to an end. The best sounding version of essential music." - Hi-fi+, issue 81,8 1/2 out of 10 for Recording; 10 out of 10 for Music "Seldom will you hear the great tenor saxophonist Hank Mobley, who led and graced dozens of classic Blue Note sessions, blow harder - or for that matter Miles; pianist Wynton Kelly is equally animated as a soloist and sometimes frisky accompanist. Mastered by Kevin Grey, this 180-gram two-LP set from Impex boasts remarkable clarity and a quiet pressing." - Jeff Wilson, The Absolute Sound,

Originally recorded at the legendary Blackhawk club in San Francisco on April 21 and 22, 1961, this two-record set captures Miles Davis at an interesting crossroads. Transitioning from the band that produced Sketches of Spain, Davis pairs here with players that would be featured on his following studio album, Someday My Prince Will Come, released in the fall of 1961.
Davis once said he could assemble the ultimate rock n’ roll band, and this effort definitely rocks. The performances are spectacular—and the recording quality equally worthy. The Blackhawk was known for great sound, and the Impex pressing does not disappoint. Via a wide stereo image, Davis’ quintet spreads across the room in lifelike fashion. Kevin Gray takes charge of mastering duties, and if you’ve been subscribing to Music Matters’ jazz series, you know Gray’s track record. LP surfaces are unblemished and perfectly quiet. There’s no hint of groove distortion, even in the loudest passages. The natural timbre may fool you into thinking you are sitting at the Blackhawk, glass of whiskey in hand.
Impex does everything right, from the glossy jacket to the period record label and killer sound.
Let’s hope the imprint produces more Columbia titles in this fashion. If you only have the CDs of this masterwork, you owe it to yourself to hear the music as it should be experienced. Toneaudio
Bass – Paul Chambers
Drums – Jimmy Cobb
Engineer – Russ Payne
Liner Notes – Ralph J. Gleason
Piano – Wynton Kelly
Producer – Irving Townsend
Tenor Saxophone – Hank Mobley
Trumpet – Miles Davis 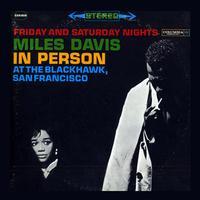