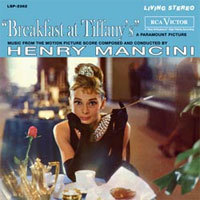 Featured in Michael Fremer's Heavy Rotation in the May 2012 Issue of Stereophile!

After hearing Henry Mancini’s The Pink Panther soundtrack, I had to buy Breakfast, which has been reissued by Speakers Corner. It is a gem! Perhaps I’m partial to it because the soundtrack includes two versions of a song I used to perform frequently as a youth, the popular “Moon River,” but there’s much more than that tune to enjoy. The big band tracks, ensemble work, solo performances, and background vocals are all excellent, reproduced with extended and well-defined bass, airy highs, an expansive soundstage, and natural timbres. The Absolute Sound

Long nights, dizzy parties, a variety of men-friends, and breakfast standing before the window display of the famed jewelry company govern the life of the dazzling Holly Golightly, who has in reality a very ordinary name and poverty-stricken background.

All the more rich is the musical carpet that Henry Mancini lays beneath the feet of the exotic, wealthy-husband-seeking socialite. The tender, plaintive worldwide hit "Moon River" apart, Mancini and his Hollywood musicians mix a sugar-sweet sound with enough acrid elements to glaze over the capricious lady’s character.

The cool big band sound is spiced with a bold trumpet solo ("The Big Blow Out") and mellow violins with a suspiciously tame male choir ("Breakfast At Tiffany’s"). As is well known, there is a great deal of dancing in the film, including a number with a Latin-American rhythm ("Latin Golightly"), and a grooving mambo ("Loose Caboose").

At the end of the film even the "Moon River" swells to become a bubbling cha-cha, as though to say that a 'happy end' must in no way sound sentimental.

There is no bad choice to be made between original and reissue here. -  TheAudioBeat

Taking these two wonderful LPs chronologically, Tiffany’s has long been known in audiophile circles for its luscious, rich sound and massively wide and deep stage. Engineered by Al Schmitt -- best known today as the engineer of Diana Krall’s recordings and much other fine jazz -- it  may be just a tad dark, but glamour is very much to the forefront on my original "Black Dog" pressing from 1961. The chorus on the wistful "Moon River" floats center-left behind whipped-cream plush strings, each voice defined with individuality but without any overly etched boundaries. Ah, the magic of Golden Age tube mastering. The bold and brassy “Something for Cat” has bite and bounce, the acoustic bass well defined and solidly located. The bongos that flash across the soundfield have the unmistakable sound of flesh hitting a drumhead. The air surrounding the banjo and xylophone on "Mr. Yunioshi" is nearly breathtaking in its lifelike quality. The chorus, wordless this time, solo trumpet and trombone of "Sally’s Tomato" throw an immense soundstage that one could seemingly walk or fall into. Ensemble brass also takes the lead on "The Big Blow Out" and "Hub Caps and Tail Lights" with big dynamics, spot-on tonalities and a stage that seems miles deep  I could go on, but suffice it to say that the original LP is something very special indeed and the ultimate in JFK-era cool.

Speakers Corner has done this nearly magical original more than justice. Edges are a bit more crisply defined, bass has a tad more definition and there’s just a jot more air on top. Strings are not quite as lush as the original’s, but they remain very sweet. Presentation of the stage is ever so slightly more forward. While the reissue may not be quite the posh, overstuffed marshmallow that the original is, this is a lovely sounding LP. What tradeoffs there are balance out, and given the quiet of Speakers Corner pressings, may even weigh in favor of the new LP. Even the bewitching cover photo of Audrey Hepburn is nicely reproduced. There is no bad choice to be made between original and reissue here.

Henry Mancini and His Orchestra Selections: 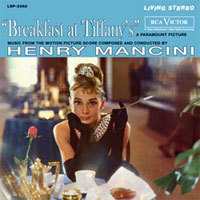