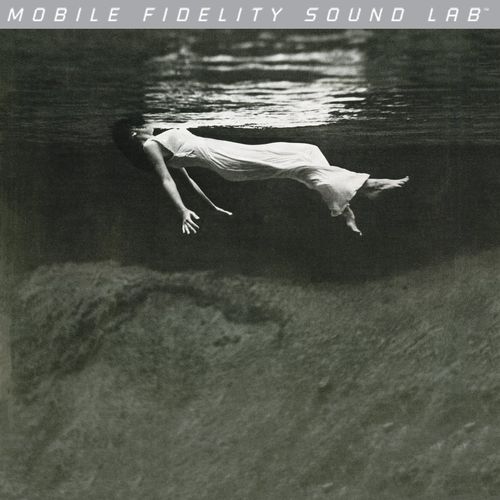 PRE-ORDER / WAITING A REPRESS / BACK IN STOCK SOON

MoFi did their usual stellar job of pressing and housing this disc. I appreciate the lack of brightness that sets this one apart from the other piano albums in my collection. This is the sound of two heavyweights going forehead to forehead in the middle of the studio ring for a few glorious rounds. Evans provides the muscle while Hall peppers the place with flurries and quick hooks. It’s pretty laid back. If that sounds as good to you as it does to me, I’d say you need this one on your shelf. I anticipate spending a fair amount of time with it in the coming years - Hifidelty

No other version outside of this analog copy brings you face-to-face with these two jazz giants’ sonic communion, a kind of spiritual musical summit on which Evans’ deft keyboard touches and Hall’s reliably subtle phrasings seamlessly mesh and wonderfully dance, the compositions streaked with natural instrumental decay, full-frequency extensions, and poignant emotionalism that, on this LP, you can feel.

While Evans managed to sit down for a few one-off takes between LaFaro’s passing and these April-May 1962 dates, he largely remained on hiatus and abstained from recording. Whether it owes to the intimate pairing, he and Hall’s brotherly chemistry, or the exquisite selection of program material, the results consistently come across as the equivalent of a private meditation—such is the level of introspective depth and quietly shaded interplay throughout.

For Evans, the duet clearly functions as therapy, a healing episode in which his partner patiently lays back, shadowing moves and suggesting others, neither musician interested in the spotlight but each striving for (and achieving) transcendent beauty. In tackling standards such as Rodgers and Hart’s “My Funny Valentine” and the Broadway classic “Darn That Dream,” as well as the Hall original “Romain,” the pair traverses complex harmonies with the astute elegance of a figure skater. At times, Evans and Hall go for broke on a hard-swinging romps, yet it’s their implied melancholy and drifting, softly struck melodic refrains on waltzes and ballads that bestows Undercurrent with a nuanced romanticism and whispered atmosphere befitting the record’s title.

Indeed, even the album’s cover—an iconic photograph by Toni Frissell—exhibits the surreal, almost-hallucinogenic properties of the fare contained within.

About Silver Series: From Mobile Fidelity Sound Lab, the MoFi Silver Label Vinyl Series features an eclectic mix of recordings. This series is mastered and cut on the famous Mobile Fidelity Sound Lab state-of-the-art Tim de Paravacini-designed mastering system. Vinyl is pressed at RTI on audiophile-grade standard vinyl and are numbered limited-editions. Future releases will continue to stretch stylistic boundaries, as the MoFi Silver Label continues to explore music from many different genres. Expand your musical horizons with the Silver Label!

2. I Hear A Rhapsody 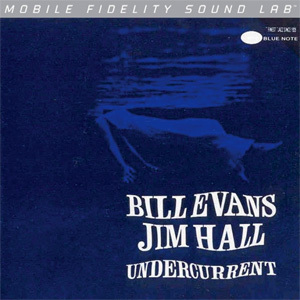