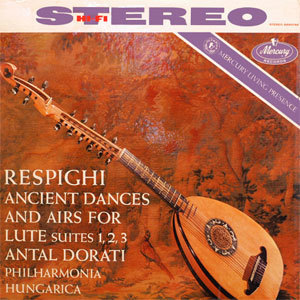 Comprised of three suites written between 1917 and 1932 and scored variously for flute, oboe, clarinet, bassoon, brass, timpani, celesta, harp and strings, the melodic "street" music is easily grasped and falls on the ear with a comforting familiarity. Respighi's lush yet open and airy arrangements cast a warm, sumptuous, delicate glow that acknowledges the age of the compositions while casting them in modern, 20th Century wrappings.

As a way into "classical music" this rich, spacious recording made in the largest (1840 seat) of the three venues contained within the Vienna Konzerthaus using three omni-directional microphones is difficult to beat. The sound verges on intoxicating, with transparent strings that are light as soufflé and plucked instruments that capture the transient bite with proper speed and authority. The stage is wide and very deep with the recording perfectly capturing the reverberant field and giving it just the right amount of attention so that the instruments project both delicacy and immediacy. 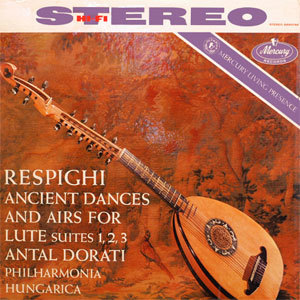