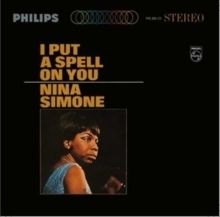 you’ll know you’re hearing a vastly superior edition of the album, both aurally and emotionally. The all analog version's superior three-dimensionality, transparency and attention to the small details produce a "you are there" sensation the digitized versions hide behind a scrim. The originals were never well-mastered or pressed.The sound of both of these records is the best that’s been produced from these tapes and both records are well worth owning.Sound 9/10 Michael Fremer Analogue Planet

"We're very honored to have Verve and UME partnering with us to create what we believe will be the highest quality reissues of some of the world's greatest jazz albums. Each step in our production process — from title selection to mastering, pressing and packaging — is designed to meet the highest standards, and we want everyone who hears these albums to feel the love and hard work we put into everything we do," Kassem said. "We've long had a great relationship with UME, pressing classic titles at our Quality Record Pressings from many of their highest-profile artists. We look forward to strengthening that partnership even further with these reissues from Verve, home of the world's largest jazz catalog."
The 1965 album I Put a Spell on You features some of Nina Simone's best known songs. She covers the Screamin' Jay Hawkins' song "I Put a Spell on You". The original version gave the song an ironic theme, but Simone transformed it into a thrilling love song, complete with horns and strings. It had become one of her most well-known songs. She used the title for her 1992 autobiography "I Put A Spell On You".
1. I Put A Spell On You
2. Tomorrow Is My Turn
3. Ne Me Quitte Pas
4. Marriage Is For Old Folks
5. July Tree
6. Gimme Some
7. Feeling Good
8. One September Day
9. Blues On Purpose
10. Beautiful Land
11. You've Got To Learn
12. Take Care Of Business