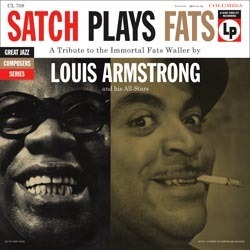 This classic Armstrong LP dates from 1955 and was produced by Columbia’s George Avakian. It was sort of a sequel to a previous very successful Armstrong album, “Louis Armstrong Plays W.C. Handy.” Middleton stands out on some of the vocals and in duets with Louis. Armstrong and Waller only played together once but the corpulentkeyboard king made quite an impression on Armstrong, and the two ofthem share a wonderful happy-go-lucky life outlook. Many have done impersonations of Satchmo’s special style, but hedoesn’t do an impersonation of Waller – it’s the sort of tribute that would have made Fats very happy. He has no trouble incorporatingWaller’s hilarious humor in the lyrics, and the selection of tunes encompasses some of Waller’s biggest hits. Of course there‘s nothing quite like Satchmo’s trumpet sound, and it comes across beautifully in this dynamic remastering on vinyl.  The liner notes on the back areexactly like the original LP, and there’s lots of them in very fineprint – including the correct spelling of Waller’s closest collaborator, Andreamentena Razafinkeriefo. How ‘bout that? - 5/5 AudiophileAudition 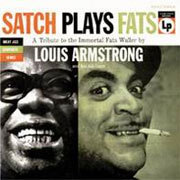