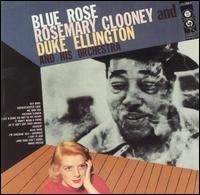 Sound 9/10 Music 9/10  Michael Fremer Stereophile!
It sounds like I'm listening to the master tape, and a good one at that.5/5 LPreview
Clooney's long experience as a band singer, her admiration for Ellington and his music, and the special sort of supercharged satin in her voice all qualified her to be the perfect choice to make this unusual album.
"Based upon the diversity of music, quality of product and their extraordinary rate of progress, Pure Pleasure Records is our re-issue record company of the year." - hi-fi+
Let the monomania continue! brought to CES one year and wowed crowds with the recording without identifying the chick singer.
Unfortunately, Rosemary Clooney’s biggest hits were the novelties “Come-on a My House” and “Mambo Italiano,” forced upon her by Mitch Miller. In fairness to Miller, is job was to make hits and that’s what he did for Clooney and others at Columbia Records in the early 1950’s and beyond.
So, between those hits and her appearance in “White Christmas,” the boomer generation of radio and early TV viewers never thought of Clooney as a serious singer, yet that’s what she was, as this sophisticated collaboration with Ellington demonstrates.
Her personal life was beset by problems including bipolar disorder, which led to an addiction to alcohol and pain killers. She married and divorced actor Jose Ferrer twice, during which time she managed to have five children and continue her career.
She witnessed her friend Robert F. Kennedy’s assassination and suffered a manic breakdown followed by institutionalization and years of therapy. When she once again went public with her singing career, she’d gained an enormous amount of weight, but the magic in her voice survived the turmoil.
Late in life, her career was reborn onstage and on Concord Records. She died June, 29th 2002 in Beverly Hills at the age of 74 after a long battle with lung cancer.
Meanwhile this wonderful reissue can serve to reintroduce her supple, mellow, timeless voice to a new generation of fans.
Backed by Duke Ellington’s orchestra, Clooney covers a set of Ellington compositions including “It Don’t Mean a Thing (If it Ain’t Got That Swing),” “Sophisticated Lady,” and “Mood Indigo” along with Billy Strayhorn’s classic “Passion Flower.”
What makes this set so addictive is the sublime jazz backdrop provided by prime Ellington (Hodges, Carney, Terry, Woodyard, et.al) and Clooney’s forthright, intimate delivery. She was more a pop singer than a jazz singer, but she swung with ease, though she refrained from the vocal gymnastics used by jazzier singers to sell a song.
She didn’t need the embellishments as her warm tonality, unerring control and intelligence shone through every line she delivered.
Producer Irving Townsend’s liner notes set the scene: Ellington, Strayhorn and he sitting in the audience at New York’s Café Society plotting an album with the veteran band singer covering Ellington tunes. Could there be a more perfect concept to exploit the new long playing medium?
The answer is no! As this 1956 mono release proves. The sonics are remarkable, with Rosie up-front reproduced with a three dimensionality, warmth and purity guaranteed to give you the willies, especially if you focus on the blond, beautiful Clooney pictured on the cover.
The Ellington-Strayhorn arrangements are sympathetic to the cause, while allowing the assembled background talent to shine where appropriate.
Like a steam locomotive driven train blowing through a small town station in the middle late night, this record captures sonic images impossible to produce today. When “Mood Indigo” finishes side two, you’ll leave the stylus in the groove for a few minutes against your better judgment, as you continue to soak in the riches delivered by this album. Highest recommendation for a reissue that brilliantly captures all of what’s on the original, only with much quieter backgrounds (at least compared to my copy).
Musicians:
Willie Cook, trumpet
Ray Nance, trumpet
Clark Terry, trumpet
Cat Anderson, trumpet
Gordon Jackson, trombone
Britt Woodman, trombone
John Sanders, trombone
Johnny Hodges, reeds
Russell Procope, reeds
Harry Carney, reeds
Jimmy Hamilton, reeds
Paul Gonsalves, reeds
Sam Woodyard, drums
Jimmy Woode, bass
Duke Ellington, piano
Rosemary Clooney, vocals
arrangements by Duke Ellington and Billy Strayhorn
Selections:
1. Hey Baby
2. Sophisticated Lady
3. Me and You
4. Passion Flower
5. I Let A Song Go Out Of My Heart
6. It Don't Mean a Thing (If It Ain't Got That Swing)
7. Grievin’
8. Blue Rose
9. I’m Checkin’ Out—Goombye
10. I Got It Bad
11. Mood Indigo 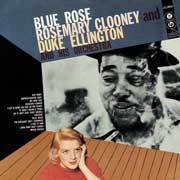