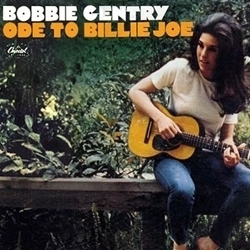 As eerie a song as has ever topped the charts, the surprise success of ‘Ode To Billie Joe’ ensured that Gentry’s 1967 debut LPwould also reach No 1. In retrospect, this is a seminal release helping to create the break between traditional, Opry-style country warblers, the gutsy, bluesy component turning this into, sort of, a distaff effort at the outlaw approach, with Gentry eschewing the beehive, pointy-bra’d, down-trodden angst of most of her contemporaries. As Gentry faded from the public a mere five or so years afterwards, working only sporadically, this reissue is a reminder of how much she helped to empower today’s country songbirds. Sound Quality: 88% Ken Kessler Hifi News

As usual, the Pallas pressing is exceptional -- free from artifacts and quiet to the very depths of the groove. Pure Pleasure has the most wide-ranging catalog among reissue labels, and this album is right at home with other off-the-beaten-track titles." - Marc Mickelson, www.theaudiobeat

Bobbie Gentry's 1967 album Ode To Billie Joe is a masterpiece, it's a simple as that. An album of hauntingly beautiful songs penned by Bobbie herself bar one track, it's an uncluttered, straight down the line collection of smoky voiced gems, mostly with the simplest guitar accompaniment, but with a quirky, almost psychedelic twist on each song.

The album is in a very similar vein and feel to Rodriguez's stunning Cold Fact which came out three years later, and side by side you would imagine the later album may have been inspired by Bobbie's seminal Ode To Billy Joe. This album can also easily compare with Dusty's In Memphis for it's sheer intimacy and soulful feel and is certainly in the same league musically. After this first album, Bobbie moved into a more MOR groove, which in a way makes this such a stand out and important album.

Very highly recommended especially as it has now been re-mastered at Abbey Road by Sean Magee.﻿ 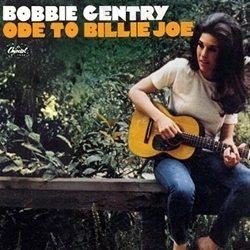