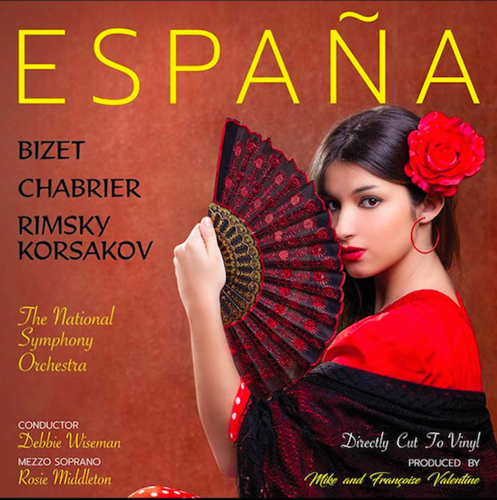 If you want to hear just how good your system is I can think of few more effective demonstrations.- Jason Kennedy The Ear

Stunning transparency and “there-ness.” There’s a convincing recreation of the studio’s ambience, the instruments breathe with notable air and “bloom,” dynamic shadings and textures are as natural as can be. Wayne Garcia The Absolute Sound 5/5 Sound Music 4/5

legendary Air Studios for yet another session, each more ambitious than the last.

Entitled ‘A Tribute To Spain’ the programme included two pieces from Bizet, concert performances with mezzo-soprano Rosie Middleton, together with Rimsky Korsakov’s Capriccio Espagnol and Chabrier’s Espana,  these classical showpieces.

Rehearsed, mixed and cut directly to vinyl in one day by Mike Valentine, owner of Chasing The Dragon Records.

"Using the legendary valve Neumann U47 microphone and plethora of microphones including DPA, plus the famous Decca-Tree set up of three omin-directional microphones, this was a well set up recording. What is very important in this new disc is that as well as producing it on Direct Cut Disc it will also be released on double DSD (5.6MHz), and for headphone lovers like myself as part of a binarual album using the excellent Neumann KU100 binaural microphone, carefully placed above the conductor. Listening on Sennheiser HP600 cans the "out of the head" effect of the dummy-head-stereo recording was like being on the conductor's rostrum... This was a brilliant day with great performances and great balancing." - HiFi Pig Magazine, February 2017Features:

Earlier in the year Mike Valentine’s most ambitious recording project to date came to fruition when he brought the NSO together with conductor Debbie Wiseman and mezzo soprano Rosie Middleton at Air Studios in north London. This was the first orchestral direct cut vinyl recording he had done and as you can imagine it wasn’t cheap. But once he had explained to the musicians that it was essentially a live performance without an audience they came to terms with the unusual by recording standards approach that a direct cut requires. Because each side of the vinyl has to be cut in one go there is no opportunity for the performers to do multiple takes or to have much of a break between pieces. But this was a professional orchestra with a lot of experience and once the concept was clear it was plain sailing.

Mike and his engineer Rupert Coulson combined Chasing the Dragon’s favoured Decca tree microphone arrangement with individual mics on most of the musicians and mixed a small amount of the latter with the more reverberant sound picked up by the three mics on the tree. For this recording they also used a binaural or dummy head, this is designed to pick up sound in the same manner as our ears and produces results that work particularly well with headphones. The feed from this was recorded on a two channel Nagra digital recorder and has been released as a download and a CD. I heard a sample of the change from the regular stereo feed to the dummy head through headphones and was very impressed with the way it projects the sound to give a loudspeaker like experience with acres of space and no sense of it being in your head. Mike was so impressed with the results that he has embarked on a series of binaural head recordings for the label.

The music chosen for España was selected partly for its dynamic impact, this is a bit like the stereosound dem records of the late fifties when stereo was the latest thing. But none of those were cut direct to disc with modern equipment and none have the scale and depth of image that this does. I have heard a number of CtD’s direct cuts but this has to be the most impressive, largely because it’s the biggest ‘band’, and it has some serious tympani, so the low end is glorious while the mids and trebles project a huge soundstage. The performance is excellent as well, I’m not that familiar with these pieces: España by Chabrier, Bizet’s Carmen and Gypsy Song and Rimsky-Korsakov’s Capriccio Espagnol, so can’t tell you how they rank in the general scheme of things but it’s a dramatic and rousing experience to listen to nonetheless. If you want to hear just how good your system is I can think of few more effective demonstrations. Jason Kennedy The Ear 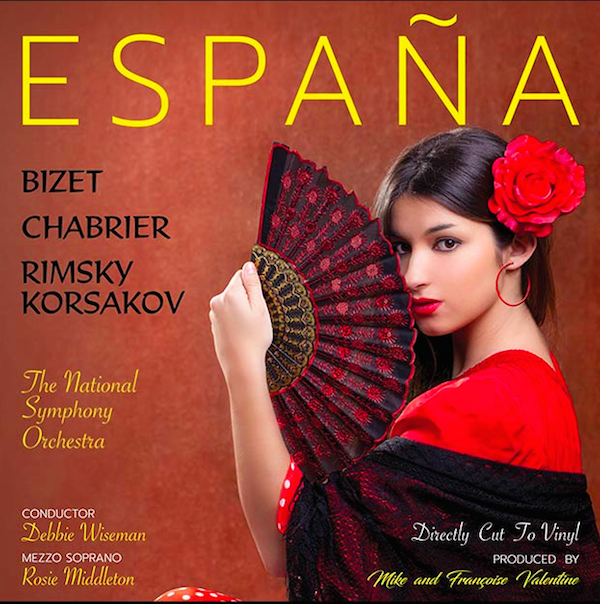