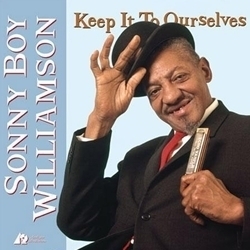 No mincing words: this is one of the best-sounding blues LPs ever. Recorded in Denmark for Storyville in 1963, it dates from the period when harmonica deity Williamson toured and released albums with British blues bands, The Yardbirds and The Animals. Here he's backed by bluesmen Memphis Slim, Billie Stepney and the great Matt 'Guitar' Murphy, who passed away in June and who is remembered for playing with The Blues Brothers. Via 45rpm double LP, the sound is vivid and natural, the small group nestling in an atmospheric setting, playing loose and easy. A superb cover of Elmore James' 'The Sky Is Crying', familiar to Hendrix fans, opens the set. Magnificent. - HIFI NEWS

Now with Analogue Production's 45 RPM release, the best-sounding version of this historic album gives listeners an even richer sonic experience. The dead-quiet double-LP, with the music spread over four sides of vinyl, reduces distortion and high frequency loss as the wider-spaced grooves let your stereo cartridge track more accurately.

When 'Willie' Rice Miller, aka Sonny Boy Williamson, made these intimate, casual recordings in 1963, he was already (probably) 66 years old. Most of his long career was over; only two years later he would die in his little apartment in Helena, Arkansas. He was recognized as a giant throughout the blues world as a harmonica player, vocalist, songwriter, prolific recording artist, live performer and wildly colorful personality. "Starting in 1951 and continuing into the '60s, Sonny Boy made some of the most influential blues records of all time; Help Me,, Nine Below Zero, Mighty Long Time, One Way Out, Don't Start Me Talking, Keep It To Yourself, Bring It On Home, and dozens more."But he had never recorded before like he did on this one night in Copenhagen: in a totally acoustic setting, sometimes with just his voice and harmonica, sometimes with only Matt "Guitar" Murphy backing him, sometimes joined by his old friend Memphis Slim on piano. Drums appear on only one song. These recordings capture a personal, improvisational side of Sonny Boy's music that has been rarely heard on record." - Alligator Records liner notes "Miller's music was as entertaining and fun as any that emanated from Chicago during the city's blues heyday. His canon is among the most consistently high-quality of any bluesman's, and this recording is an important addition to his legacy. It's an exquisitely crafted, often hilarious peek into a side he seldom revealed. And between the astonishing demonstrations of harmonica virtuosity and the mind-boggling lyrical convolutions, the genius of Rice Miller soars at unfettered full throttle." - David Whitens, Chicago Reader  - 200g vinyl LP from Analogue Productions - Mastered by Kevin Gray at Cohearant Audio - Pressed at Quality Record Pressings - Deluxe gatefold tip-on jacket Musicians: - Sonny Boy Williamson (vocals, harmonica) - Matt Murphy (guitar) - Memphis Slim (piano) - Billie Stepney (drums) 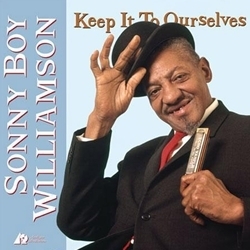