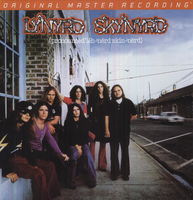 It might have been easier to dismiss this band if listening to the poorer original, but with so many sonic treats liberated from the mix, it’s great fun finding all the tidbits you’ve never heard over the years.  The bongos in “Gimme Three Steps” are but one example. The overall sound is so much more clean and dynamic, you just can’t turn this one up too loud. You haven’t lived until you hear the reverb-laden guitars on “Freebird.”  -Jeff Dorgay Toneaudio

"Sometimes, when life drags you down, you sit down between your speakers and you don't know what to play. What do you do then? One solution, at least for those of us who were born in Alabama, is to have another bourbon. Then have another. Then another. Then have one more, and put on some Lynyrd Skynyrd, preferably Pronounced. You'll be okay after that, I promise." - Jim Austin, Stereophile Magazine

Affording palpable spaciousness to each of the instruments, expanding the dynamic range, and clearing away previous tonal congestion, this version presents the septet’s raw, honest tunes in the most direct, hard-hitting sound they’ve ever enjoyed. It lays waste to all prior reissues—none of which on LP went back to the master tapes. Months before Lynyrd Skynyrd enjoyed the privilege of recording its debut, the band entered its seventh year of playing juke joints and assorted dives in a bootstraps effort to land a deal. During a residency at a hardscrabble Georgian club, the group’s rambunctious rock, swaggering attitude, blue-collar determination, and country-reared cadence caught the ear of producer/musician Al Kooper. The rest is history. Kooper inked the ensemble to his new imprint and hustled everyone into a Georgia studio for sessions that occurred March through April 1973.

Whether it’s the them’s-fightin’-words edginess of the humorous albeit entirely believable Southern-etched yarn “Gimme Three Steps,” which sails on a triple mast of six-string exchanges and clicks heels to a trotting percussive beat that doubles as the sound of cowboy-boot heels, or the spiritual pleas and lived-in wisdom echoed on the barbed-wire balladry of “Simple Man,” Pronounced Leh-nerd Skin-nerd burns with forthright and freewheeling desire, rebellious and sincere earnestness. Seen from either a lyrical, musical, or performance perspective, there’s not a wasted second or awkward moment to be found.

Then, of course, there’s the sugary drip of Van Zant’s political ragtime-referencing affair “Things Goin’ On,” bluegrass-tinted swing of “Mississippi Kid,” and swampy get-go of “Poison Whiskey.” They all lead up to the epic “Free Bird,” a greasy slide-guitar anthem that no matter how many times it’s played or requested in jest, never loses its power to grip the listener’s emotions like an iron vice. What a record.

The gold band at the top of the record jacket, marked “Original Master Recording,” means the original master tape was used for the reissue. It only takes a cursory listen to an early MCA pressing, which sounds like a CD in comparison, to hear the increase in sound quality on this MoFi edition. Much like early Van Halen records, there is almost a non-existent bass line in the original, now replaced by a big, fat sound that anchors the rest of the rhythm section and provides a proper foundation. And yes, there’s more cowbell too.

It might have been easier to dismiss this band if listening to the poorer original, but with so many sonic treats liberated from the mix, it’s great fun finding all the tidbits you’ve never heard over the years.  The bongos in “Gimme Three Steps” are but one example. The overall sound is so much more clean and dynamic, you just can’t turn this one up too loud. You haven’t lived until you hear the reverb-laden guitars on “Freebird.”  -Jeff Dorgay Toneaudio

Get out your lighter and boogie.  Do it. 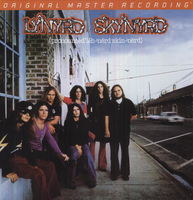