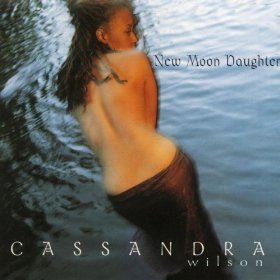 Pure Pleasure has done an excellent job on an LP that many thought they'd never be able to hold as vinyl; as have Pallas, who pressed up two perfectly flat copies. Well done.- Sound 5/5 LP review

Cassandra Wilson continues to move down a highly eclectic path on Belly of the Sun, the somewhat belated follow-up to es. While displaying a jazz singer's mastery of melodic nuance and improvisatory phrasing, Wilson draws on a variety of non-jazz idioms -- roots music, rock, Delta blues, country, soul -- to create a kind of earthy, intelligent pop with obvious crossover appeal. Her core band includes guitarists Marvin Sewell and Kevin Breit, who blend marvelously, Sewell mostly on mellow acoustic and Breit adding atmospheric touches on electric, 12-string, and slide guitars, as well as mandolin, banjo, and even bouzouki.

Bassist Mark Peterson and percussionists Jeffrey Haynes and Cyro Baptista provide a superbly sensitive rhythmic foundation. But because Wilson returned to her home state of Mississippi to record most of this album, she made sure to book some time with local musicians. Thus guitarist Jesse Robinson guests on (and co-writes) the funky "Show Me a Love," and the octogenarian  "Boogaloo" Ames plays an unpolished yet utterly heartfelt duet with Wilson on the classic "Darkness on the Delta."

Other guests include drummer Xavyon Jamison, trumpeter  Rhonda Richmond (who penned the slowly swaying "Road So Clear"), guitarist Richard Johnston,   Patrice Monell, Jewell Bass, Henry Rhodes, and Vasti Jackson, and the children of New York's Middle School 44. Wilson delves into vintage blues with Mississippi Fred McDowell's "You Gotta Move" and a brief yet dynamic rendition of Robert Johnson's "Hot Tamales." But the best tracks are the rock/pop covers: the Band's "The Weight," Bob Dylan's "Shelter From the Storm," James Taylor's "Only a Dream in Rio," Jobim's "Waters of March," and Jimmy Webb's "Wichita Lineman" (a 1968 hit for Glen Campbell). Wilson and band are in peak interpretive form on these ethereal reinventions.

While her own lyrics may not rise to the level of a Robbie Robertson or a Bob Dylan, her versatility and focus come through clearly on the originals "Justice," "Just a Parade" (a collaboration with neo-soul rookie India.Arie), and the Caribbean-tinged "Cooter Brown."

Engineered and mixed by Danny Kopelson Produced by Cassandra Wilson 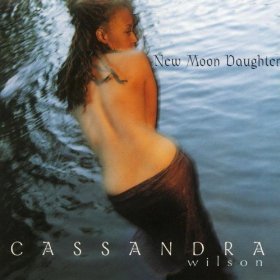