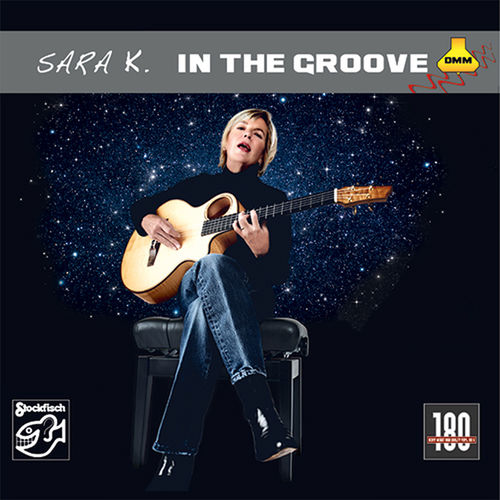 This Audiophile Direct Metal Mastered Heavy Weight 180g Vinyl LP contains ten selections from Sara K.'s previous albums, including studio as well as live recordings!
Sara K. is in a class all her own.  This singer is gifted with the rare ability of having an emotional grasp of the listener by virtue of her spontaneous and intensive aura that casts a spell on her audience.  All her records have received several high-caliber awards, including a number of jazz awards.
The death-bells started ringing for the vinyl LP in 1982, the year in which the digital audio compact disc first appeared on the market, but in spite of all the doom 'n' gloom forecasts the vinyl LP has proved to be a true survivor. Regardless of all the constantly developing new techniques and formats in the field of music reproduction, the LP exists to this day and is valued highly by many listeners.
The vinyl LP normally has two sides of music - and Sara K. presents two sides of her musical artistry. On the one side we have her impressive and very convincing (solo) live concerts, where she fascinates her audience solely with her unique voice and her almost fragile-sounding accompaniment on the 4-string guitar. On the other side there are her beautiful studio recordings, where a whole range of musicians complement her pieces with an endless palette of musical styles, instruments and ideas: from concert harp, string quartet and accordion through to fretless bass, tuba and piano.
Stockfisch wanted to document these two sides of her work on the second release in their "In the Groove" series: an audiophile 180g vinyl LP, recorded onto vinyl using their own Neumann VMS-82 Direct-Metal-Mastering (DMM) cutting lathe.
"I am pleased to offer you this collection of songs on vinyl. We carefully selected these songs from my catalogue, previously only available on digital formats. I hope you will enjoy it..." - Sara K.
DMM Disc Cutting by Hendrik Pauler on a Neumann VMS-82. Mastering by Hans-Jorg Maucksch at Pauler Acoustics. Mastering Monitors: Bowers & Wilkins 801 D.
Heavy Weight High Quality 180 Gram Audiophile Vinyl
Gatefold Full-Color Matte Jacket
Direct Metal Master Cut Vinyl
DMM Disc Cutting by Hendrik Pauler on a Neumann VMS-82
Made in Germany
Selections:
Side A: Studio Side
1. I Can't Stand the Rain (from Hell or High Water)
2. Sizzlin' (from Made In the Shade)
3. Curtain Calls (from Hell or High Water)
4. Streetlight's On (from Hell or High Water)
5. Don't I Know You From Somewhere? (edited version) (from Made In the Shade)
Side B: Live Side
1. Stop Those Bells (edited version) (from Live In Concert - Are We There Yet?)
2. Water Falls (from Live In Concert - Are We There Yet?)
3. (Would You) Break My Heart (from Live In Concert - Are We There Yet?)
4. Gypsy Eyes (from Don't I Know You From Somewhere?)
5. What Matters (edited version) (from DVD: Nautilus Tour 2002) 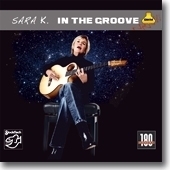