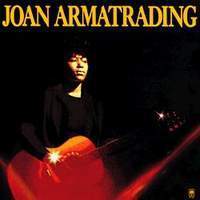 “Where are all the voices gone?” A good question in today’s bizarre musical world of video clips and techno where one searches in vain for a tender, sweet-perfumed flower. But it’s really not so important – as long as we can still find music’s bedrock, so to speak, or are even lucky enough to have it in our audiophile treasure chest.

Now that numerous pop groups have finished crossing the dark valley of electronic sensationalism, and “unplugged” sound is accepted as the true ideal in the ‘90s, it is precisely the music from years gone by that has suddenly become “in” once again. Here we find all the ingredients of good, basic song tradition: a great deal of natural singing, refined guitar sound, a little steel guitar, and a pinch of Wurlitzer organ.

This recording from 1976 was Joan Armatrading’s first step on the ladder to a sensational career which has not yet come to an end – perhaps because she has remained to her own original style. The album is just right for teenies and twens wanting to discover the soft, rock-like ballads from the days when their dads had long hair and wore “John-Lennon” glasses. For the older generation it is like re-visiting old times – times when music was really “handmade”.

Joan Armatrading's eponymous third album is a charmer, almost single-handedly elevating her into the ranks of rock's leading female artists. Up to this point, Armatrading had shown that she had a lovely voice and an ear for interesting arrangements, but her work had been steeped in the folk idiom of the early '70s. Her third album changed all that, with producer Glyn Johns bringing in members of Gallagher & Lyle, Fairport Convention, and the Faces to punch up her folksy sound with elements of rock, country, and disco.

The result is her most muscular music to date, with Armatrading adopting a swagger that showed her tales of unluckiness in love didn't have to have dire consequences ("Tall in the Saddle," "Water With the Wine"). Of course, it helped that the record featured her best material delivered in a wonderfully expressive voice that can capture the shades between song and speech like a sweeter version of Ian Anderson. "Down to Zero" (which features pedal steel guitarist B.J. Cole) and "Love and Affection" are the album's most memorable tracks, the latter breaking into the U.K.'s Top Ten (the album itself made the U.K. Top 20).

But what endears this record to fans is the quality of each song; it wouldn't be fair to call anything here filler. The artsy and eclectic "Like Fire," the beautiful ballad "Save Me," and the ingratiating melodies of "Somebody Who Loves You" are just as likely to strike a chord with listeners as the better-known cuts. While Glyn Johns deserves credit for bringing Joan Armatrading's songs into a more flattering setting -- it's not coincidental that the record feels like a polished version of The Who by Numbers -- his real stroke of genius was letting the artist flower to her full potential. For many, this album remains the high point in her catalog. 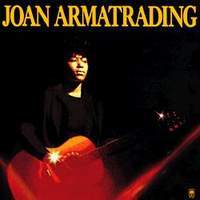 This Speakers Corner LP was remastered using pure analogue components only, from the master tapes through to the cutting head 20 Years pure Analogue
Are your records completely analogue?
Yes! This we guarantee!
As a matter of principle, only analogue masters are used, and the necessary cutting delay is also analogue. All our cutting engineers use only Neumann cutting consoles, and these too are analogue. The only exception is where a recording has been made – either partly or entirely – using digital technology, but we do not have such items in our catalogue at the present time
Are your records cut from the original masters?
In our re-releases it is our aim to faithfully reproduce the original intentions of the musicians and recording engineers which, however, could not be realised at the time due to technical limitations. Faithfulness to the original is our top priority, not the interpretation of the original: there is no such thing as a “Speakers Corner Sound”. Naturally, the best results are obtained when the original master is used. Therefore we always try to locate these and use them for cutting. Should this not be possible, – because the original tape is defective or has disappeared, for example – we do accept a first-generation copy. But this remains an absolute exception for us.
Who cuts the records?
In order to obtain the most faithful reproduction of the original, we have the lacquers cut on the spot, by engineers who, on the whole, have been dealing with such tapes for many years. Some are even cut by the very same engineer who cut the original lacquers of the first release. Over the years the following engineers have been and still are working for us: Tony Hawkins, Willem Makkee, Kevin Gray, Maarten de Boer, Scott Hull, and Ray Staff, to name but a few.
At the beginning of the ‘90s, in the early days of audiophile vinyl re-releases, the reissue policy was fairly straightforward. Companies such as DCC Compact Classics, Mobile Fidelity, Classic Records and others, including of course Speakers Corner, all maintained a mutual, unwritten code of ethics: we would manufacture records sourced only from analogue tapes.
Vinyl’s newfound popularity has led many other companies to jump on the bandwagon in the hope of securing a corner of the market. Very often they are not so ethical and use every imaginable source from which to master: CDs, LPs, digital files and even MP3s.
Even some who do use an analogue tape source employ a digital delay line, a misguided ’80s and ‘90s digital technology that replaces the analogue preview head originally used to “tell” the cutter head in advance what was about to happen musically, so it could adjust the groove “pitch” (the distance between the grooves) to make room for wide dynamic swings and large low frequency excursions. Over time analogue preview heads became more rare and thus expensive.
So while the low bit rate (less resolution than a 16 bit CD) digital delay line is less expensive and easier to use than an analogue “preview head”, its use, ironically, results in lacquers cut from the low bit rate digital signal instead of from the analogue source!
Speakers Corner wishes to make clear that it produces lacquers using only original master tapes and an entirely analogue cutting system. New metal stampers used to press records are produced from that lacquer. The only exceptions are when existing metal parts are superior to new ones that might be cut, which includes our release of “Elvis is Back”, which was cut by Stan Ricker or several titles from our Philips Classics series, where were cut in the 1990s using original master tapes by Willem Makkee at the Emil Berliner Studios. In those cases we used only the original “mother” to produce new stampers.
In addition, we admit to having one digital recording in our catalogue: Alan Parsons’ “Eye in the Sky”, which was recorded digitally but mixed to analogue tape that we used to cut lacquers.
In closing, we want to insure our loyal customers that, with but a few exceptions as noted, our releases are “AAA”— analogue tape, an all analogue cutting system, and newly cut lacquers.
PALLAS
Audiophile Vinyl - Made in Germany  For over 60 years the family business in the third generation of the special personal service and quality "Made by Pallas" is known worldwide. Our custom PVC formulation produces consistently high pressing quality with the lowest surface noise in the industry. Our PVC complies with 2015 European environmental standards and does not contain toxic materials such as Lead, Cadmium or Toluene. Our vinyl is both audiophile and eco-grade!