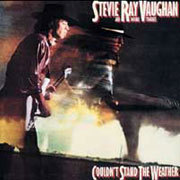 "Before you go 'ho-hum, this has been re-issued before', let me tell you that what you may have thought you heard, is nothing compared to what is on these two, that's right, two records. Tony Hickmott of PPR has mined the Epic vaults and has found for us previously unreleased material. Ray Staff at Alchemy has, once again, delivered a brilliant sounding all analogue release. This is the finest sounding Stevie Ray Vaughan album you will ever hear!…It's shockingly good sonically and certainly does cement my feelings about just how good Vaughan really was. This was his second album for Epic and it certainly solidified his place in electric blues history. Not to be missed. Sheer magic." Recording = 8.5/10; Music = 9.5/10 – Richard Foster, Hi-Fi+, Issue 42

It’s hard to believe 22 years have passed since this now classic set was released and almost 16 since Vaughan died in a helicopter crash following a concert in which he appeared with guitar greats Buddy Guy, Eric Clapton, Robert Cray and his brother Jimmie. Couldn’t Stand The Weather was the group’s second Epic album, and what it lacked in originality it made up for with a stupendous performance from all involved.

The comparison to Hendrix was obvious and the cover of “Voodoo Chile…a Slight Return” on this album made it unavoidable. However, who other than Vaughan had the chops to cover it as effectively as this? Surely Jimi would have approved, if not guest-starred. The big attraction in the audiophile world though was the marathon cover of Jimmy Reed’s “Tin Pan Alley” (itself a recasting of earlier versions by others and renamed “Roughest Place in Town” on later pressings, probably due to some copyright issue). While not “audiophile” in the “live in a real space” sense (the drum kit is panned across the soundstage), the recording is a sonic spectacular of a rock number, plumbing the depths and exhibiting superb clarity and revealing in great detail, Vaughan’s delicate, yet throttled-up touch on the Strat.

This double LP edition spreads the original album onto three sides, while devoting side four to a SRV interview plus bonus cuts found on the CD reissue. There has been some controversy generated by what some say is a severely tipped up top end on the reissue compared to the original. Perhaps the top has been tipped up slightly but I wouldn’t call it either fatal or annoying unless your cartridge or system in general (or worse, both) is on the brink of being overly bright to begin with. The original mastered at Sterling by, I believe, Jack Skinner, is quite good, which is why the record got its sonic reputation in the first place, but compared to this reissue, it is somewhat compressed dynamically, and it sounds as if it was EQ’d to bump up the midbass for playback on systems that lack really deep bass.

That said, the effect is subtle, which is again, why the record has such as great reputation. This reissue is far more dynamic, plumbs the depths with greater control and weight and is cleaner—much cleaner—in the midbass. The top is pristine, and perhaps a bit clinical, especially the cymbal sound, but the reverb is part of the reason and the greater clarity of this cut separates it spatially. If your system doesn’t do the very bottom end, the lack of midbass weight, combined with the greater clarity on top might lead you to believe the mastering is “bright.” I don’t think so. I played a CD-R of “Tin Pan Alley” made using a not at all forgiving Lyra Titan on the Continuum Caliburn at CES through these amazing Cabasse full range (10Hz-50kHz) “eyeballs,” driven by some Bel Canto amps in a big room and all I can tell you is it was absolutely as real as I’ve heard this recording sound.

When it ended there was well deserved applause. If you’re a fan of this record, you can’t go wrong with this Pure Pleasure Records reissue, even if it will take some time for your system to catch up to what’s been engraved in the grooves. If you’re not into the blues, or not into SRV, don’t expect a better sounding version of Couldn’t Stand The Weather to convince you. 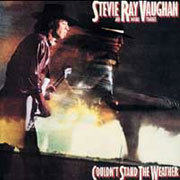